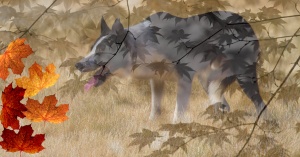 The never-ending discussion. What is power … is it different from courage? Push? What is presence? Does it take courage to have presence.

I wrote an article 20 some years ago about power but I still can’t answer the question. I do know – I’ve had one dog (out of hundreds and hundreds) that had all the above. One, out of all those dogs (of my own and in for training), that I could say “without a doubt” had power, push, presence and courage (along with a ton of heart). I’ve had some that had power and push but no heart. I had one that was all heart with a ton of courage but not enough push. They all taught me something about training because I was willing to “listen” and learn instead of judge and condemn (if I thought they were hopeless – I sent them home).

One of the most important things I have learned through the years is to look at the whole package. We tend to make comments when dog is running but the true JUDGE of a dog will be the sheep. If sheep like a dog then does our opinion really matter? We can say we like certain things in a dog that we train/buy/run but the sheep will have the final say. When I watch a dog run I endeavor to appreciate what they have to offer – even if it’s not my kind of dog.

One qualification I find essential is courage … I do not like dogs that run away from sheep (makes it difficult to get a job done when the dog is going in the wrong direction). However, I’ve seen sheep (some not all) melt off a weak dog and fight a strong one. So, it’s more than courage or power the sheep are reacting to. Maybe the strong dog has to much eye … so the sheep never feel comfortable enough to move? Sometimes a weak dog isn’t a threat and that’s what those sheep need to move. So, again it all adds up to “the whole package”.

I also like push which “usually” means looser eyed – but then just to contradict myself I also like a dog with feel. Finding that perfect balance of push with feel keeps me busy. Some sheep like feel more than push and “my type” of dog won’t suit them. However, I find it more comfortable (for me) to handle the push “out of a dog” than to put it in when needed.

Some people like to use the “stop and drift” method of working dogs – others “stop and go” and others “flank and go” – I prefer “flow and go”. It doesn’t matter which method you like as long as you, the dog and the sheep are all “on the same page”. I think issues occur when people buy dogs that don’t fit their “methods” and then get upset with the dog.

I find trialing an exceedingly complicated sport. I also find it astonishing at the number of people who seem think it’s only a matter of making a dog go “left/right/lie down/get up”. In my opinion that’s a bit like saying professional dancing is all about picking your feet up :@).

So, my advice to novices wanting to get into this sport — watch handlers and their dogs. Find the one that you think will suit you and ask about their dogs. If you just buy what’s the “hot” breeding at the moment – it might not suit you. Ask yourself questions: Are you capable and/or do you like giving a lot of commands fast? Or would you prefer slow and methodical? Do you like having a lot of control? Or do you like a dog that will take care of you. Watch runs/dogs/handlers and then decide which method will suit you personally. It will help you find a dog (or trainer) that will suit you and your handling style.