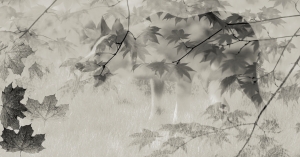 A friend and I traveled 12 + hours to a trial in Utah and had a blast. I told her on the way home it reminded me of the trials of 20 years ago.

It wasn’t the course that reminded me of “days gone by”. It was a very challenging field with many pressure points. The field they usually held it on was over grown so they decided to move to a hill field where the grass had been grazed down. It consisted of a tough but honest outrun up two hills taking dogs with scopey outruns or “lacking that” … the ability to listen to the handler when a re-direct was needed. A number of dogs crossed the first day if they weren’t in the “listening mood”.

It wasn’t the sheep as they were the “usual” (if there is such an animal :@) range ewes that needed a dog to be able to push – with a little finesse thrown in – in order to get around the course. They would take full advantage of a dog that flanked too wide (walking toward the dog and even charging if they sensed any weakness). However, they would run like “deer” if the dog put too much (or the wrong) pressure on them. Once running they were often hard to stop or turn. Scores the first day reflected the “fight” between finesse and push. By the second day they had settled in and were very workable. That’s another “odd” thing about range ewes is how quickly they do “accept” dog work (IF they are treated right). These are the kind of sheep that make a 12 hour drive worthwhile … improving both dogs and handlers.

What made it a “trial of old” was the people and their attitude. It wasn’t that they weren’t competitive (they were as they should be) but it was a healthy competitiveness – without the nastiness that sometimes comes from competing against other handlers. They all tried as hard as they could while running and when the run was over – it was over. They moved on to cheering on the rest of the field … anyone that made a pen (and there were few of those … especially the first day)  – the cheers could be heard around the trial. The atmosphere was casual and the attitude positive. It was a pleasure to run and we couldn’t have found a better way to spend a weekend. If we could just find a way to move it closer to home it would have been perfect :@)

Give them a try Utah Stockdog … I think you will enjoy it.